Home About Us Our History

However, ARC's history pre-dates the Los Rios District. It opened its doors as California's 61st public junior college in 1955, but goes back to February 28, 1942, when Grant Union Junior College was established in Del Paso Heights to train civilian personnel for national service during World War II. In 1945 the name was changed to Grant Technical College.

In June 1954, voters agreed to the establishment of a new junior college district, followed by the approval of a $3 million bond issue in November of that year. Grant Technical College ceased operations after 13 years and the American River Junior College District was born in the fall of 1955.

For the first three years, classes were offered at the former Grant Technical College campus. However, soon after its first semester of classes had begun, the college purchased a 153-acre site known as the Cameron Ranch on which to construct a permanent campus. By October of 1958, when official dedication ceremonies were held, eight new building complexes had been erected among the magnificent oaks native to the area.

Since that dedication date, the stately oak has been the official college symbol (including the campus seal), and many other facilities have been added to expand instructional and related services - both on and off campus.

Early on, the beaver was selected as the official college mascot, perhaps because there were beaver in adjacent Arcade Creek. The mascot's name was "Igor" (a play on words: "eager-beaver" = "Igor Beaver").

In 1965 the college became a part of the Los Rios Community College District and changed its name to American River College. (ARC and the other colleges are directed by a seven-member board of trustees elected by voters residing in the district.)

The campus grew rapidly in the 1970s, including a three-story library, a horticulture complex, a major addition to the technical education facility, a childcare center and counseling center. In 1975, the college's first off-campus center was opened in the Natomas area.

The 1980s saw the completion of the Rose Marks open-air pavilion and a new bookstore (remodeled in the 1990s). Later improvements include major remodeling of laboratories and the student services building, new faculty and administrative office buildings, and facilities for disabled student programs & services, and instructional technology.

In the 1990s, ARC took over leadership of the Sacramento Regional Public Safety Training Center, which provides training to police, sheriff, and fire professionals, as well as classes for ARC students in fire technology and the basic police academy. In 2001, the SRPSTC moved to new headquarters in McClellan Park, not far from the college. In 1990, the college opened an off-campus center on Madison Ave., on the grounds of Bella Vista High School. In 1996, ARC opened the off-campus Sunrise Center on Ethan Way, across from the California State Fairgrounds.

With the passage of districtwide and statewide bond measures, construction on new buildings began in 2004 and will continue well into the 21st century. New construction in recent years includes new theatre and performing arts classrooms, a gymnasium, the Learning Resource Center, Health & Education classrooms and offices, the Natomas Education Center, and an expanded college library.

Today, at over 30,000 students, American River College is among the largest community colleges in the state, and is looked upon as a leader in innovative programs and services. It transfers more students to UC Davis and CSU Sacramento than any other community college. 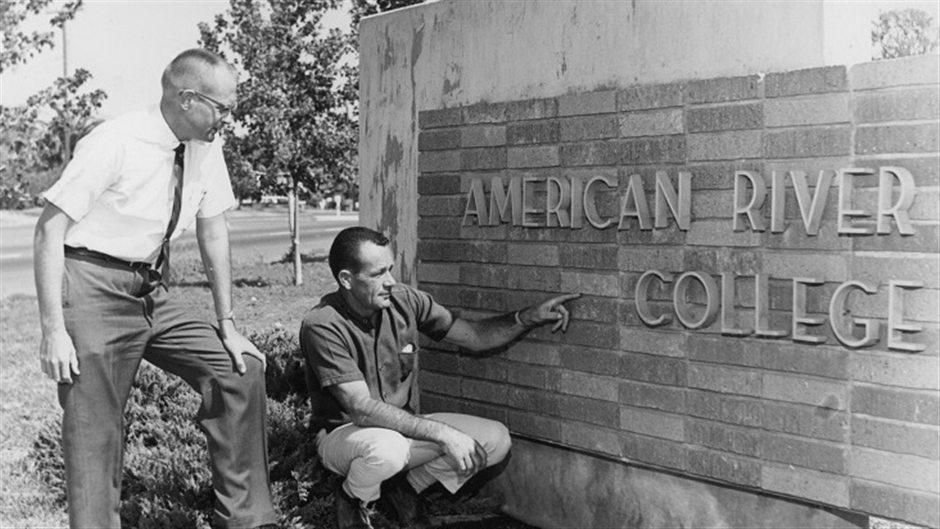 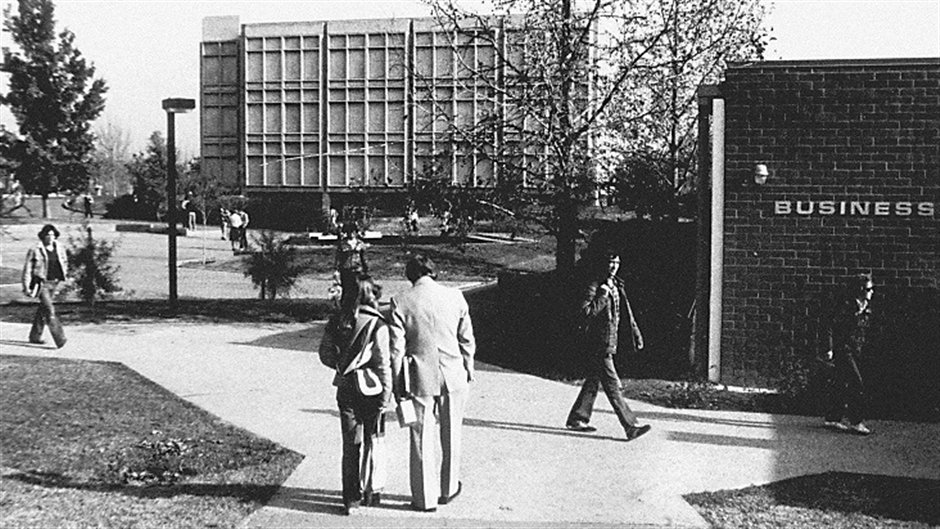 Historical photograph Business and Library in the Background 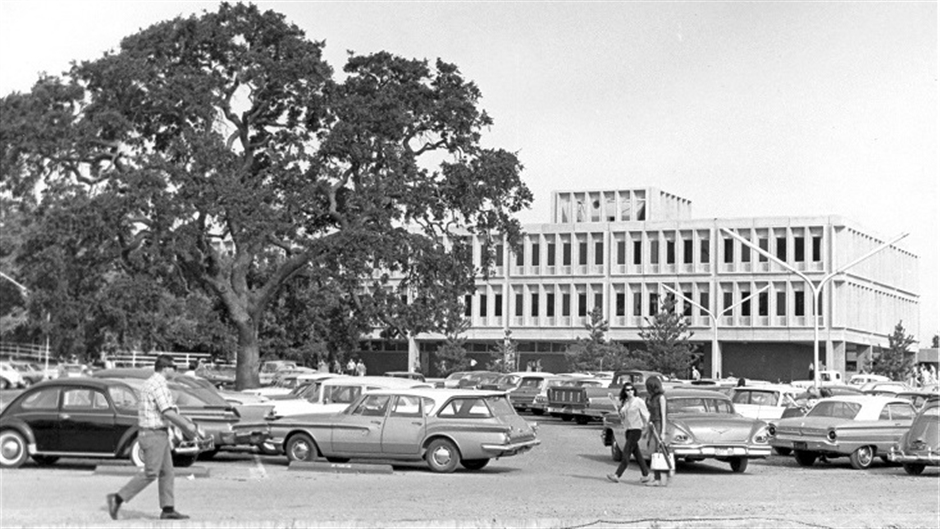 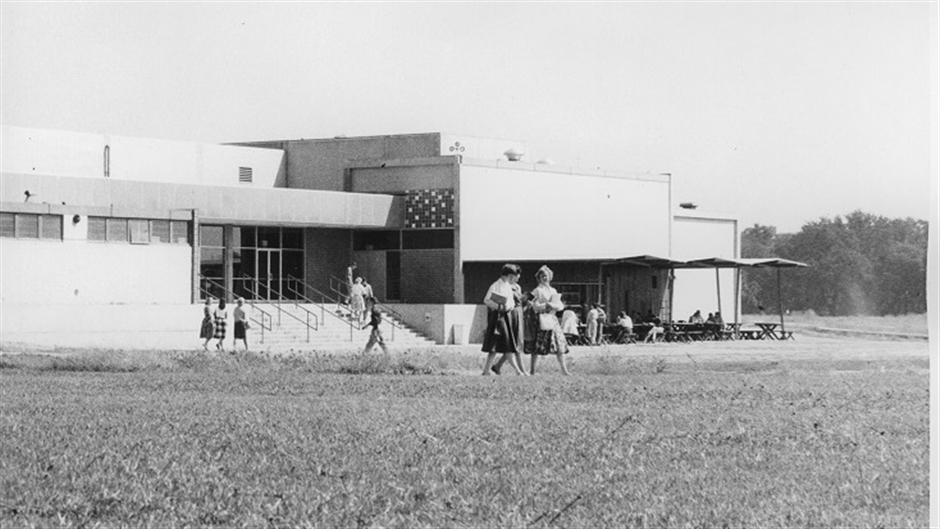 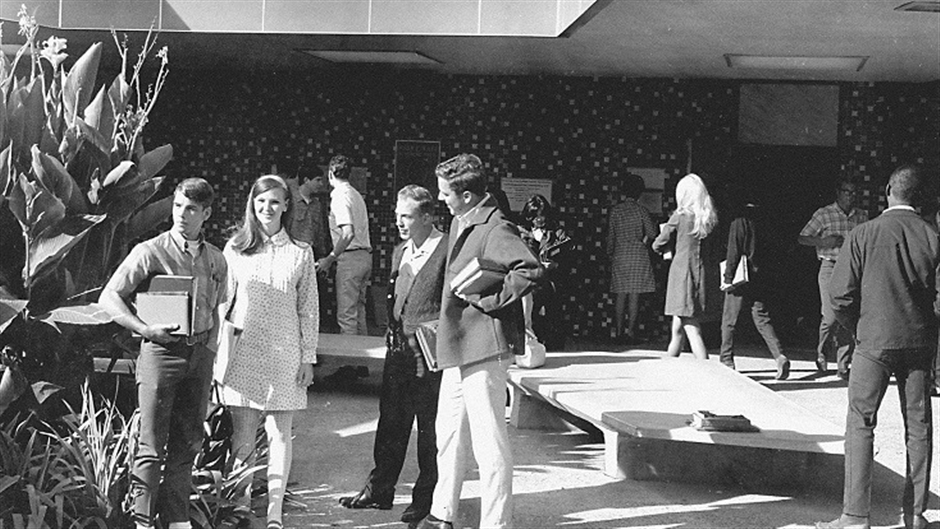 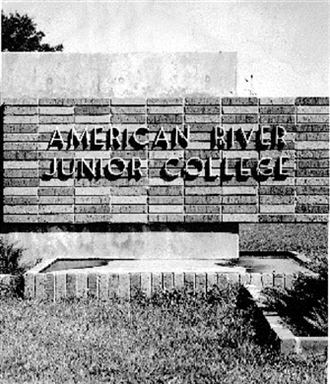 For a college that started out in Del Paso Heights with 14 barrack-type classrooms, American River College has come a long way.